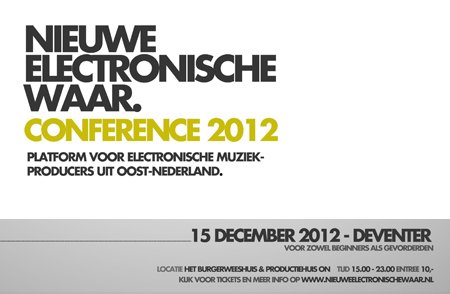 Get to know everything there is to know about producing, getting booked, playing the media, releasing your work and rights management. On December 15 NEW hosts the NEW conference for the second time. A day packed with masterclasses by well-known producers, panels of music industry professionals and workshops.

On this day we also announce the shortlist of tracks that qualify for a spot on our next release: NEW 8.0. This cd will be released online by Esc.rec. again.

Read more about the conference here and order you tickets here.